Skip to content
A Summer Focus on Emerging Talent 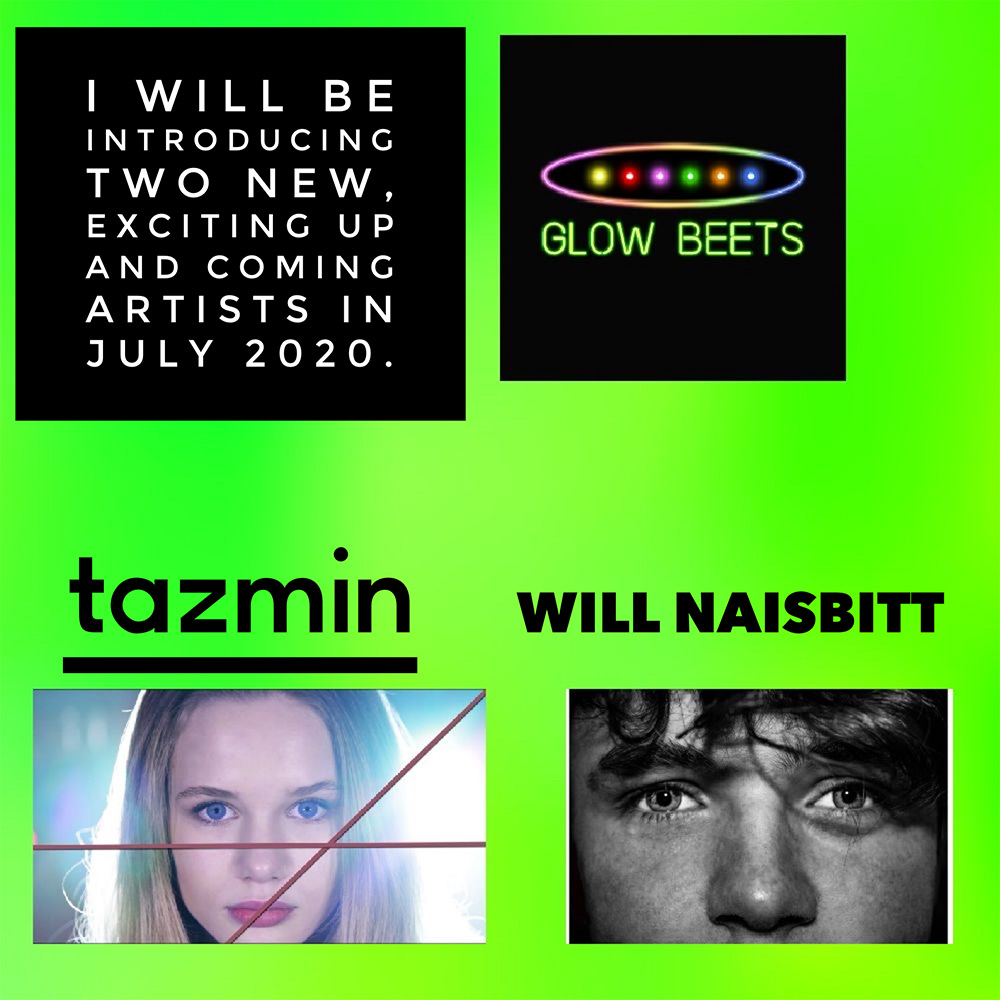 A Summer Focus on Emerging Talent

One of the primal values of the Glow Beets brand is the introduction of new and emerging talent that I collaborate with. Before I launched Glow Beets, it was always an intention to introduce the world to new recording artists as it is an integral piece of the tapestry that I am sewing.

Finding artists that are suitable is sometimes the difficult part. This entire planet is laced with untapped potential but talent is not always the driving force behind the decisions I make. Talent is a prerequisite. Determination, drive and focus are the key skills that I look for in artists that I work with.

Looking back to late 2019, I met 15 year old Aimee Broom. An Essex based singer who had won various singing competitions in her region. Aimee instantly impressed me with her infectious and joyful character. A truly lovely girl with a bright future ahead of her. The kind of artist who you just know A&Rs and Journalists would love. Once we started to collaborate I could see how skilled she was as a composer. She has that natural inbuilt aptitude that commercial songwriters often have; the ability to phrase something with originality and a cognition which unleashes hooks. It was Laurence Hobbs from SAFO Music Group in London who introduced us together as we all cowrote the song ‘Love Me Hate Me’ which was released on Friday 27th March 2020. Within 4 weeks the song had picked up some momentum which put the streaming numbers into five figures after being added to 25-30 user-curated playlists. It was then that Spotify started to put the song on their algorithmic playlists and further momentum was built. Aimee is now signed to Safo Music and is being managed by Laurence Hobbs. She is now also working with various name writers and producers who are building on the momentum that she has created for herself.

Another talented artist that I’d always got in mind for 2020 is Tazmin. I met Tazmin at Big Help Music in Northampton approximately 4 years ago when I produced a track for her. Much like Aimee, Tazmin has a very sweet and kind nature. She is spirited and ambitious. I always look for good people who treat others kindly. One of my mentors John Aaagaard from TG Publishing in Denmark taught me that value a few years ago when I first signed to him as a songwriter. John has an entire roster of great songwriters and one of the values he looks for is kindness and I love that. Tazmin has that in abundance and is very easy to talk to. She represents the next generation of recording artists. She knows how to handle herself in interviews, she knows how to record herself at home and she is eager to learn about all aspects of the music business. Tazmin and I recently cowrote a song called ‘Tokyo After Dark’ which be released on the Glow Beets label on Friday 31st July, 2020.

I very recently came across another artist that inspired me. His name is Will Naisbitt and he is an 18 year old singer-songwriter in the same vein as perhaps Passenger or Ed Sheeran with a hint of Sam Fender. He is of course original in his core and his songs are, in my view, utterly superb. He has a very strong vocal ability and a fresh approach to storytelling with his lyrics – plus he is from my home city of Birmingham! All of Will’s songs on his Spotify account ooze wisdom, innocence and commercial appeal but there was one song in particular that really stood out to me and that was his song ‘Us Against The World’. It is romantic, it is empowering, it is thoughtful and exciting. I approached Will about remixing the song to widen his audience to a more EDM mainstream crowd. The Glow Beets remix of ‘Us Against The World’ will be released on Friday 17th July, 2020. I hope it brings Will new fans and a new audience that hear his music in the same way that I do.

Finally, I just wanted to congratulate Grace McCormack from Shaker Heights, Ohio, USA. Grace recently created the animated lyric video for the song ‘Meteor’ which I released on May 27th 2020 alongside US based singer-songwriter Robbie Rosen. Grace is an 18 year old visual artist with a huge future ahead of her in various aspects of visual and graphic art. Grace’s website is www.thisiseclipse.com and her Instagram handle is @_theiseclipse_. Go give her a follow and show some encouragement!

Glow Beets is not just about me. It’s about a wide array of creative people and I look forward to continuing what has been started these last few months.