Skip to content
How To Gain Organic Growth On Spotify 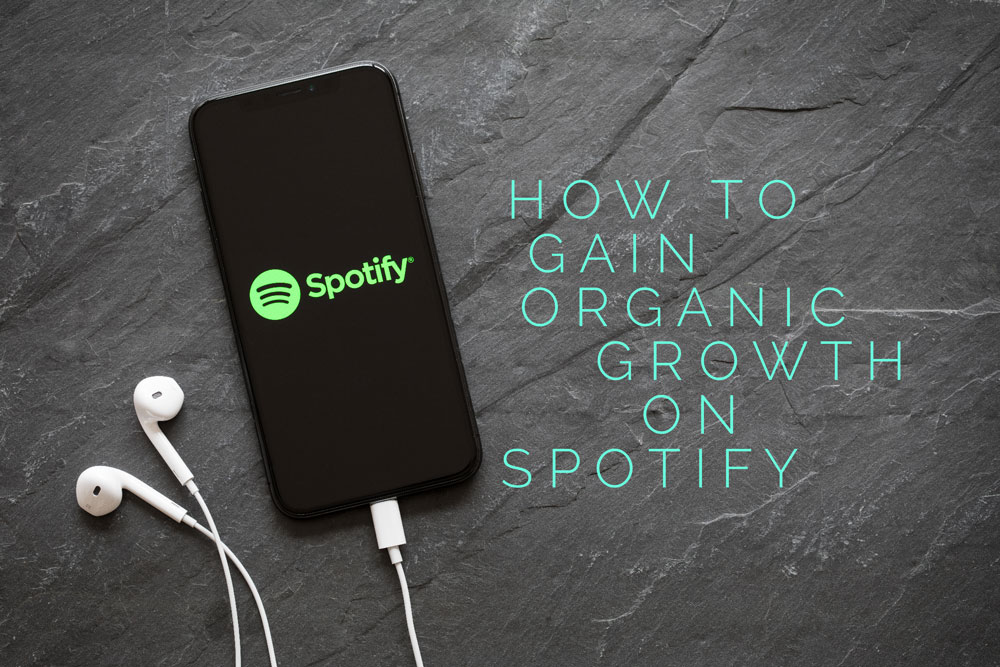 How To Gain Organic Growth On Spotify

When it comes to gaining growth on Spotify, don’t you ever wish that the music could do the talking for you? Well, it can. You just need to know how to feed the data to Spotify so that it can happen. I make it sound simple I know. Of course it isn’t simple. Or is it?

Spotify’s primal aim is to retain and expand their audience and they achieve this in part through providing an experience which is unique to each listener. In order to provide this unique experience, it is imperative that they know what their listeners’ preferences are. However, in order for emerging artists to strive on the platform a good understanding of the complex nature of the algorithm is required.

Spotify’s algorithm can be loosely broken into three categories although there are many other facets to each of them. I will give you a brief definition of each aspect.

1) Natural Language Processing – Spotify’s engine scans the internet for blogs, ebooks, web articles, blog features and reviews on recording artists and songs. It also examines what language your song is in. Ever wondered how “Fans Also Like” is pieced together? This is how.

2) Collaborative Filtering – This is a crucial part of the engine as it helps to provide data on similarities between users. Netflix and Amazon use a similar technology when making recommendations for you based on what you’ve already watched. Instead of making recommendations, Spotify will calculate your listening history and supply you with new songs, primarily in Your Discover Weekly. Ever wondered why particular songs are curated for you? Its because of the data that you fed through to Spotify. (More on Your Discover Weekly later).

3) Raw Audio Analysis – Each piece of audio is analysed for its characteristics such as loudness, waveform shape, tempo and key. This helps Spotify to determine the suitability of placement in a playlist amongst many other scientific factors.

Several industry sources state that “It usually takes around 6 releases for an artist to catch”. What does that mean? Well, loosely this means visibility on the platform through either editorial or algorithmic playlists.

It took me 3 singles to gain the attention of Spotify’s algorithm and below I will detail how I did it.

Knowing my genre and sub genres inside out by listening to the market leaders.

I planned out 11 single releases throughout 2020. I picked the release dates in advance and have stuck to it. I chose the last Friday of the month for every month except for December. These 11 singles will test growth and demographic engagement which forms my target audience. My social media then targets that demographic to sustain and increase the size of the audience. Also, I plan to make 3 remixes of emerging artists. This is primarily to test cross-reach between two primary genres. This approach feeds Spotify with consistency which their algorithm appreciates.

I got the first 3 singles onto a total of 76 user-generated playlists as a result of pitching through a variety of sources such as Submit Hub, Spotify’s Indie Bible and various other web based services along with direct pitching to curators. This helped the collaborative filtering algorithm go nuts and create all kinds of engagement and data. I must add that I only pitched for EDM playlists. This was strategic. If I pitched for any old genre, collaborative filtering would have taken much longer to process.

This is simple but easily overlooked and easily done wrong. I recently wrote a blog on the best ways to fill out the submission form on Spotify For Artists which you’ll find here. In summary, not only does this give Spotify the chance to scan a pending release prior it’s life on the platform but it also helps to trigger further aspects of their algorithm. Firstly, the audio is analysed in advance of release. By knowing my genre and knowing what moods are associated with the song it allowed for alignment between what I was telling them and what the music was telling then. Secondly, by submitting this 7 days prior to release it meant that anybody following me on Spotify automatically gets the new release in their Release Radar. Release Radars are fresh each Friday. I then analysed this data and drew up a ratio between listeners and saves. Also, and I’m unsure as to whether this is effective or not yet, but by being punctual with my pitches I think Spotify appreciate it. By that I mean for every release I always pitch to Spotify prior to a release. In fact I do it 4 weeks prior to each release as every time a new single gets released I automatically pitch the next one. This is another advantage of having consistent monthly releases. This feeds visibility.

Again it sounds so simple but logging into my Spotify For Artists account for a minimum of 4 times per week sends data to Spotify and tells them that I am both serious and consistent. That data is checked manually by editorial teams before placing you onto an editorial playlist.

NOT sharing music with friends and family:

This might seem like a strange one. Your family and friends are always keen to support you! However, they can skew your data. They are your friends and family but not necessarily your organic fans. By sending the wrong data to Spotify you are prolonging the data you get back. IE. How to form your target audience.

By following the above self-imposed steps I got my third single onto Your Discover Weekly in front of 15 listeners. The following week Spotify increased this to 55 listeners. These “fans” were crowd sourced by their own data and Spotify knew that they would like the song. They were right.

The song is question has excelled to over 10,000 organic streams inside the first 4 weeks of its release with no budget. This happened because Spotify took a risk on it not because they like me or my music but because of how the song has retained itself in its initial first weeks of life on the platform on user-generated playlists that I pitched for. The song in question which is called ‘Love Me Hate Me’ (Glow Beets X Aimee Broom) caused a spike in Spotify’s algorithm due to how it was performing. Spotify assess a song’s performance with a rather brutal but effective metric – how often its skipped and how often its saved. Simple. Can you imagine if I’d pitched this song off to anyone who would playlist it? Its a Tropical House track. Can you imagine it on user-curated Rap playlist or user-curated RnB playlist? There’s no way in the world that Spotify would have risked throwing it at its listeners through their algorithmic playlists.

So, the song found a home and the music did the talking. I just did the feeding.