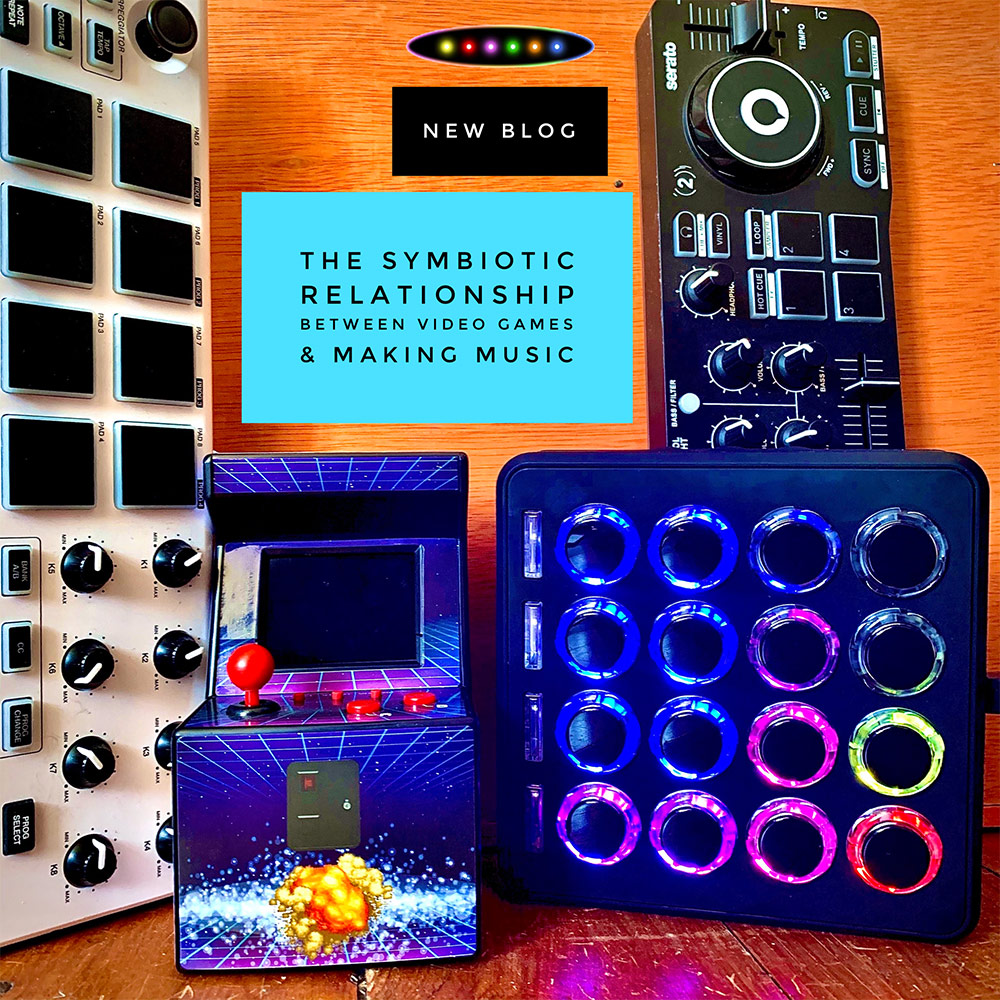 The Symbiotic Relationship Between Video Games and Music Making

A couple of summers ago, I was in a music venue in Latvia. My father in law was setting up ahead of his gig later that night where my wife and I were guesting on guitar at his show. I was hanging out around the back of the venue during soundcheck when I stumbled across something which caught my attention. It was an arcade machine called WWF Superstars. It had clearly been sat dormant, gathering dust for quite some time. In fact, it looked like it hadn’t been played since its hey day in the early 1990s. It had a picture of The Undertaker on the side of it with his menacing stare, his long black wet curly hair, his big grey rubber gloves and his strangely intimidating black hat which almost covered his eyes. It was a game that my friends and I used to play when we were kids and it brought back all kinds of memories. I walked towards it, smiled and then started finger smashing the buttons in the way I always used to. The machine didn’t work, the screen was blank, the wooden casing around it was slightly rotting and the only sound being created were the acoustics of me going hell for the leather on the big colourful buttons which seemed to have retained the same spring back attitude that I remember them having. As I could see that nobody else was around me, I put my drink down and then I started tapping away. This quickly turned into basic finger drumming as I started to use the buttons to create a drum pattern which I then sampled on my phone. It got me thinking about some of those great old school arcade machines like Space Invaders, Pac Man and Double Dragon. I loved those games! There was always something special about those big arcade machines. The graphics and the playability of them were so much more enjoyable than playing my Nintendo console at home.

A few weeks later, I saw a video on YouTube by Mad Zach. He was using that same finger drumming technique to perform a song – albeit in a slightly more impressive fashion than I was with WWF Superstars! It was then that I started to draw parallels between the these two seemingly different art forms.

When audio is converted into MIDI form it can expressed in a wide array of styles especially when you combine software platforms such as Ableton Live and Max For Live with the growing number of MIDI hardware devices that are available to us now. We are in an age where we can use hand gestures as an expressive nature to launch clips and change lighting sequences. We can trigger loops and one shot sounds with one finger. Even for many DJs, turntablism is slowly evolving into controllerism (yes thats a word – take note Oxford Dictionary!). When I saw Mad Zach using DJ Tech Tools MIDI Fighter to use what are effectively 3D style arcade machine buttons to make music it truly captured my imagination and I started to think where all this could evolve to next?

In the 1980s, people used the Atari ST to create MIDI patterns, sequences and loops. Nowadays, Nintendo Switch talks directly to Ableton Live. When I look back now to when I used to play the arcade machine ‘Track And Field’, I used to use one hand to rapidly fire the same button with two fingers simultaneously in order to build up the speed of the character that was running. My friends always used to use two hands and they didn’t understand how I was faster with only one. Looking back now, I was actually crab scratching. I just didn’t know it then.