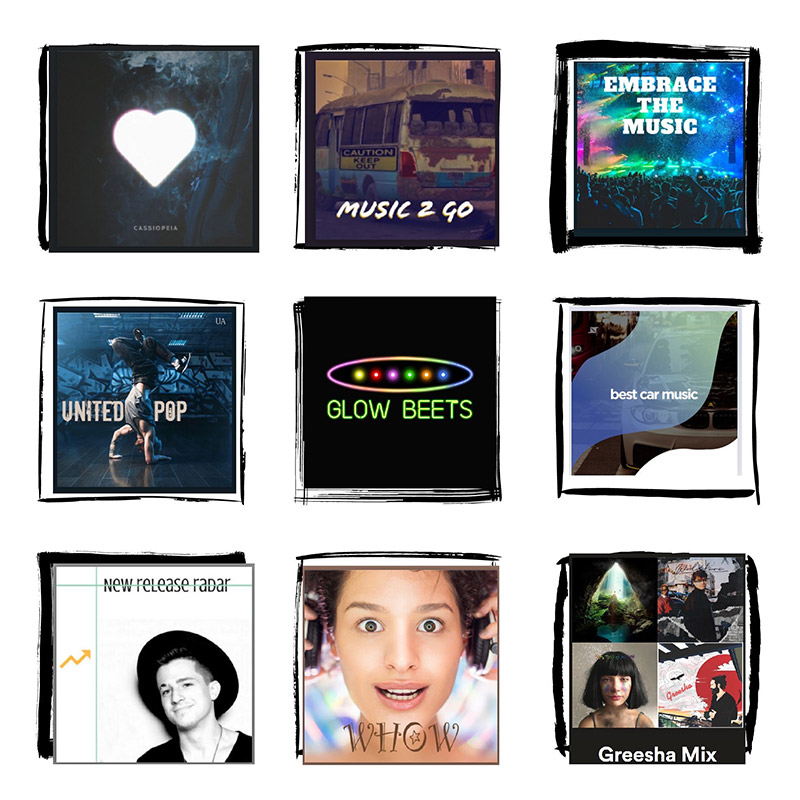 The Truth Behind Spotify Playlists

Let’s cut straight to the chase here. There are two giants in the music streaming world: YouTube and Spotify. In 2019’s Music Consumer Insights Report it was stated that 55% of all initial global streams are generated through visual streaming with the remaining 45% preferring audio streaming as their preferred choice of introduction to new artists. Whilst playlisting remains the global force in gaining traction for new acts, YouTube’s algorithm isn’t designed for it. It is designed for video content creators.

That leaves new artists with Spotify as their major option for gaining new fans as it is the dominant force in audio streaming with the largest market share of the demographic that is most susceptible to new music, which broadly speaking is people between the ages of 14 and 35.

But how do emerging artists gain the visibility they crave on such a major platform? Well, there are many ways but lets concentrate on the most influential: Playlists.

So How Do Playlists Work?

Lets start by simplifying this. There are three types of Spotify playlists.

These are crowd sourced playlists which are unique to each listener. Artists cannot pitch for these playlists. They are essentially self-curated playlists. How? Well if you follow Flume and Illenium then there’s a much higher chance that you’ll enjoy Alan Walker’s latest release rather than The Foles latest release (that unless Alan Walker does a remix of a song by The Foles but hey lets keep this as simple as possible!). Spotify know this because you are telling them what you like. They will assess the “skip and save rate” on these playlists and will feed you more and more songs that they think you will like. Algorithmic playlists are such playlists as Release Radar, Wrapped, On Repeat, Repeat Rewind, Summer Rewind and Your Daily Mix. Have you ever noticed that you may have multiple Your Daily Mixes? Thats because Spotify recognises that you like various genres and its putting songs from those genres into some kind of order for you. Have you ever noticed that your Top Songs of 2019 has a couple of songs that you don’t recognise? Thats Spotify predicting what they think you will like based upon what you do like.

If Spotify think that your music is ready for their algorithmic playlists they’ll give you a shot. They’ll start slowly to lower their risk. They’ll maybe start out by putting your song onto 5 Daily Mixes and assess the skip and saves on that song by others listeners. This process increases or decreases dependent upon the song’s performance.

Just remember what Spotify’s goal is. Their primal aim is to provide a quality and relevant experience to their listeners. There are not there to make your dreams come true. You do that by feeding them the data they need. How do you do that? Strategy. More on that in future blogs here.

In my opinion, these are the most important playlists because they are the difference between hobbyist musicians and professional musicians.

Editorial playlists are curated in-house by Spotify’s numerous international hubs. The playlists are all based around mood, vibe, emotion, culture and genre. How do know if a playlist is an editorial playlist? The little Spotify logo in the corner (and usually by the large numbers of followers!).

In a recent interview with Forbes Magazine, Spotify’s recently appointed Co-Head of Music Strategy stated “Our philosophy is that any good song should have a playlist where it can start and should have a path to the top of the pyramid no matter where it is from in the world and no matter what genre”. Reassuring right? Is he just saying the right thing to please the many musicians that dream of landing their latest release on Happy Hits, Rap Caviar or Fresh RnB? Maybe this is PR spin? Maybe it is not. I tend to follow this subject more than the average person and in my professional opinion… I think he’s right. Do you remember when Hozier took the world by storm with his song ‘Take Me To Church’? That was organic Spotify growth. How about the more recent Tones and I hit ‘Dance Monkey”? That song was picked up by one of the Spotofy editorial team in Australia and placed onto their domestic version of the popular playlist New Pop Revolution. It was then picked up by Spotify’s Norwegian office and placed onto their domestic version of All New All Now. Before long the song was in the top ten of the US Billboard.

So how do you get onto these lucrative editorial playlists? I mean there are over 3,000 of them! Well, Erlick suggests that there is only one way and that is to pitch directly to the editorial team through through their pitch tool which is built into the Spotify for Artists platform which operates in both web based desktop and mobile app format. Watch out for future blogs as to how to make the most of this one time pitch.

These playlists are the starting point for most emerging artists. Often referred to as “3rd Party Playlists”, these are playlists which are curated by anyone with a Spotify profile. Yes, thats right – anyone! There is a great deal to understand about these type of playlists as they vary from pointless to hugely influential and therefore navigating through the landscape to understand how it works is difficult. In my view, the best ones to have your song added to are the ones that are generated with strategic purpose in terms of genre, mood or demographic. Usually these are curated by bloggers, taste makers, influencers and emerging music industry moguls. There is no centralised system for pitching for these playlists. It is therefore down to you to do some research around your genre, the emotion or notion that is attached to your song and the experience that it provides. There is nothing stopping any artists reaching out to curators directly. Usually if a curator is serious about what they do they will leave a link or an email address in their playlist biog which offers access for artists to pitch to them. There are many curators and companies that charge for their services. This violates Spotify’s terms and conditions although I do wonder how they actually regulate such a stance on a global basis. There are also free services such as Daily Playlist dot com who act as a link point between curators and artists pitching their songs. There are also popular platforms such as Submit Hub dot com who host a wide range of curators, influencers and taste makers, many of whom curate some very popular playlists. My advice is to do your research and not just pitching on mass for the sake of it. Strategy is crucial and understanding your song’s genre and mood is key in gaining traction on any playlists. If you don’t know what you’re selling then you don’t know who you’re selling to. It then becomes difficult to sell at all. On the flip side, if you know the shape, the texture and the purpose of your song and you build your strategy correctly you have every chance in the world of gaining the visibility that you and your music deserve.

Watch out for my next blog which focuses on how to correctly use the pitch tool on the Spotify For Artists tool.

The photo on this blog is an example of the user curated playlists that my music has been added to. I got these placements by following the information I’ve just given to you in the latter third of this blog.

Go give it a try.